Fallout 76 has released Patch 12 on August 20, 2019, which brings Vault 94, Display Cases, Nuclear Winter's Choose Your Perks system, another large wave of bug fixes, and many additional improvements to Fallout 76. 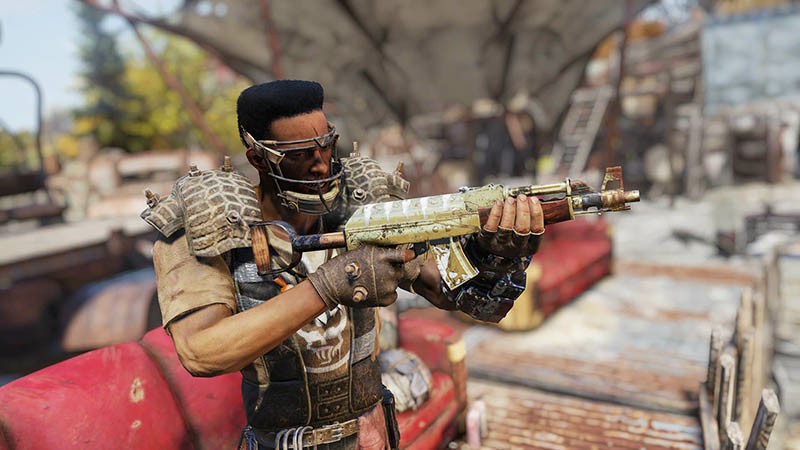 The Vault Raid update has come to Fallout 76. This update adds the first Vault Raid for Vault 94, coming to PC first and then to consoles a few days later.

Prepare to Storm Vault 94: Assemble your team and get ready to take on our first instanced Vault Raid! Complete missions to find out what happened to Vault 94’s Dwellers and claim exciting rewards, like Plans to craft unique new Vault Armor sets.
Please Note: Vault 94 will open first on PC on August 20. We are currently planning to open Vault 94 on consoles in the next few days, provided there are no significant issues discovered following PC release.
Flaunt Your Collection: Show off the gear you've collected to everyone who visits your C.A.M.P. by constructing a few Display Cases.
Fill Your Pockets: We've increased the maximum number of Caps each character can hold to 30,000.
Rest Like You Mean It: Furniture, Instruments, and drinking from open water sources now require a long press so you don't perform these actions by accident.
(Nuclear Winter) Choose Your Perks: Duplicate Perk Cards now award Overseer Tickets, which you can use to unlock Perk Cards you don't already own.
(Nuclear Winter) Balance Changes: We've implemented a variety of balance and design updates for many Weapons and other items in Nuclear Winter.

You'll start the raid by listening to the Vault 94 Emergency Broadcast radio station. From there, three missions to complete: Vault 94 features three different missions: Dead in the Water, Meltdown, and Washout. Each mission lasts for one week, repeats every three weeks, and only one mission at a time will be available for play.
Claim new rewards: Complete Vault 94 missions to earn XP, Caps, Improved Repair Kits, Legendary Scrips, crafting materials, and items, like Weapons, Armor, and Plans.
Vault Armor sets are awarded via Plans by completing Standard or Expert mode missions. Vault Armor can be crafted at Armor Workbenches.
Vault 94 Steel, Vault Armor, and Vault Armor Plans cannot be dropped, traded, or sold.
Vault mission rewards can be earned once per difficulty mode, per mission, per day.

In addition to the raid, other beautiful features have been added, such as how you can hold more caps and some balance changes.