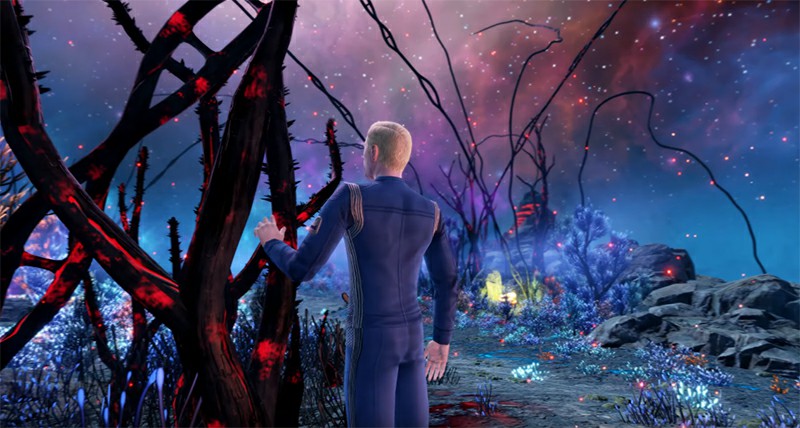 In this new game, you team up with Lt. Commander Paul Stamets (voiced by Anthony Rapp) from Star Trek: Discovery. In the year 2410, players embark on a mission to recover stolen Mycelial technology from J'Ula and her group of time-displaced the Klingons. Captains will embark on a crucial mission to save the Mycelial Network, while exploring a brand new series of patrols, a new Task Force Operation and special event challenges to earn a new T6 Elachi ship.

"Last fall marked a historical moment for Star Trek Online, as we explored the vast universe of Star Trek: Discovery and developed content in conjunction with a live Star Trek series for the very first time," says Star Trek Online executive producer Andre Emerson in a press release. "The show's cadence also allowed us to build an expansion over time, yielding exciting new missions, dozens of unexplored starships and countless hours of story content starring original Discovery cast members. The time has now come for captains to return home to the 25th century and we cannot wait for them to experience the next chapter."

As an added bonus, the devs have teamed up with Groupees.com to raise money for the National Breast Cancer Foundation for Breast Cancer Awareness Month, so any additional items you buy in the game will have 85% of the proceeds going to those efforts.

The trailer, seen above, features voiceover by Star Trek: Discovery's Anthony Rapp, who voices a holographic version of his character, Paul Stamets, from the show.