Pearl Abyss has announced that Black Desert will be launching on PlayStation 4 on August 22nd. It's been a year and a half since it was released on Xbox One. The game has more than 20 million registered users on PX, Xbox and mobile, making it one of the best performing MMORPG releases of the past few years. Starting today, PS4 players can pre-order Black Desert to prepare for the big day. The base version of the game has three packages available for $29.99, Deluxe for $49.99, and Ultimate for $99.99. Each with its own set of in-game items and Deluxe and Ultimate purchases include 48-hour early access. 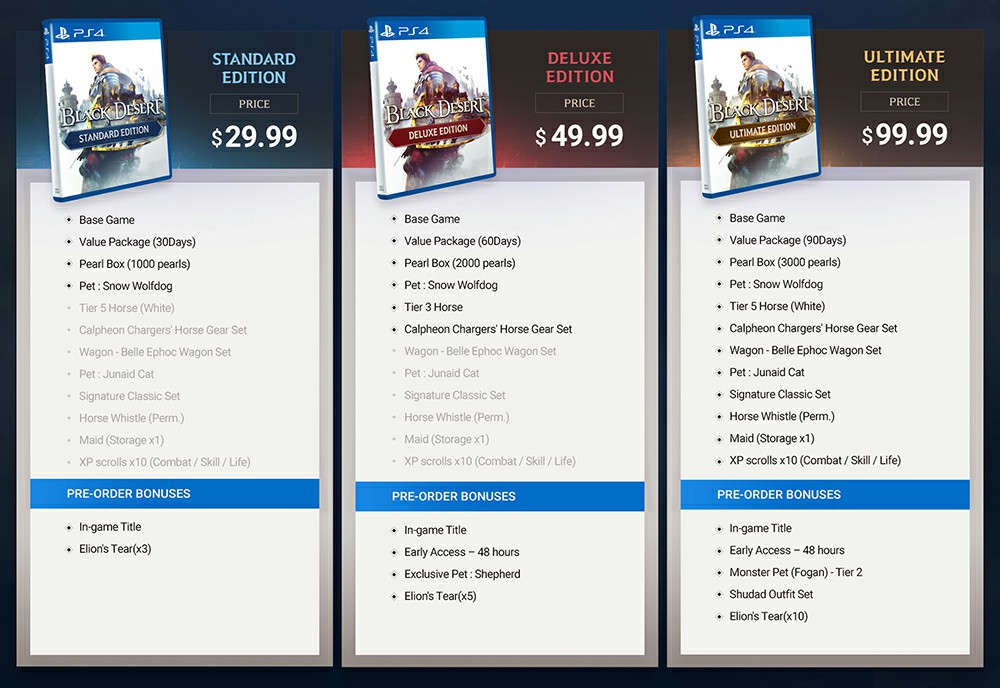 Check out their latest trailer below: