Path of Exile: Blight Out On PS4 and Xbox One Today (September 9th) 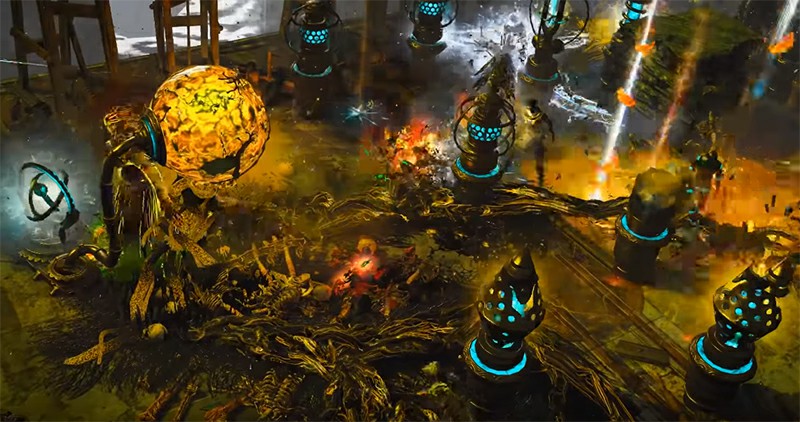 Grinding Gear Games says that Path of Exile: Blight "merges the exciting action combat of PoE with the strategy of classic tower defense games." Blight introduces a wide selection of new skills, items, and balance changes. The Grinding Gear Games says that there are "significant revamps" to a few key character archetypes: the Necromancer, the Poison Assassin, and the Mine Saboteur.

Tendrils of the fungal Blight lay down paths for enemies to follow. When they're possessed, the monsters become tougher, but they mindlessly follow tendrils created by Fungal Growths. To stop them, you need to build defensive structures that take advantage of these creatures' unique vulnerabilities and effectively use space and resources to survive. In terms of defensive structures, Blight gives you a wide arsenal to bring to bear. There are towers that cause chill, shock, stun, burn, petrify, and debilitate. Each time you successfully defend a tendril, which is effectively a lane, you'll get acces to a chest full of rewards.

Path of Exile Key Features Include: