Path of Exile is gearing up for the upcoming Blight League release. With the upcoming release of Blight League in Path of Exile 3.8, less than two weeks by the way, a lot of plans are starting to take shape on GGG's side of things. Meanwhile, the team showed off new assassin attacks and my skills to the game. In a couple of new previews shared on the game's forums we got a look at two such updates to the Poison Assassin and to Mine gameplay. 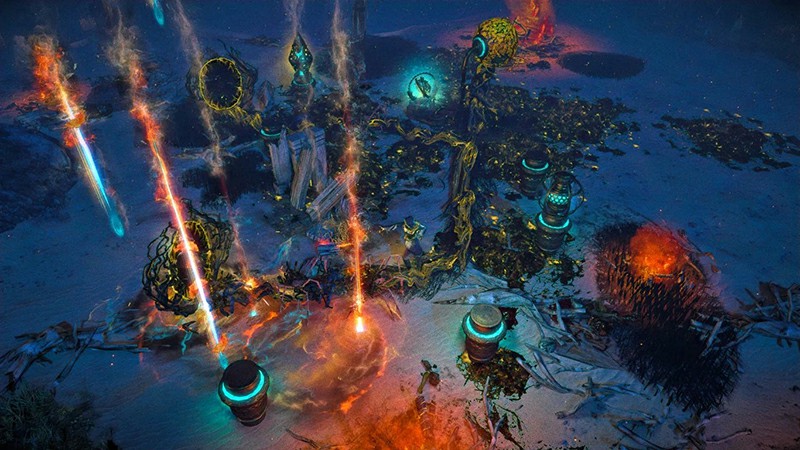 First off, a new buff called "Elusive" is coming for assassins which grants a 40% movement speed buff as well as 20% attack and spell dodge, that seek to make applying poisons feel potent once more. Chief among this new update is the Elusive buff, which doesn't have a duration so much as loses potency over time unless it gets refreshed. So knowing when to use those to maintain the brand new buff is key to an assassin's repertoire.

Second, GGG laid out the granted a rundown of several new Mine skills and a list of mechanics changes coming to the Mine system, including a nre reservation skill for those trappers and miners, as well as three new supports and reworks to existing unique items. Mines also detonate in sequence, allowing you to lay out more mines while the detonation sequence is occurring and they’ll join in the explosion party.

Path of Exile also offered up a peek at 10 new Divination Cards as created by supporters of the game and offered up a tiny bit of patch notes for Patch 3.7.5c.

In video below, you can find out more about the Poison Assassin's new tricks and explosive new Mines. Be sure to check out these class changes and other new things.

Path of Exile: Blight launches on September 6th for PC, September 9th for Xbox One and PS4.