Path Of Exile'S Embraces Tower Defence With Its New Expansion, Blight, Out Next Month

Path of Exile: Blight arrives on September 6 and introduces some major changes to the core loop of killing and looting. Build defensive towers and defeat monsters infected by the spreading Blight to earn valuable reward.

Grinding Gear Games is proud to announce Path of Exile: Blight! Set to launch on 6th September for PC. Blight is the latest in Path of Exile's quarterly expansion updates. Each expansion introduces a new challenge league, powerful items, skill gems, a shake-up of Path of Exile's playstyle meta and much, much more. 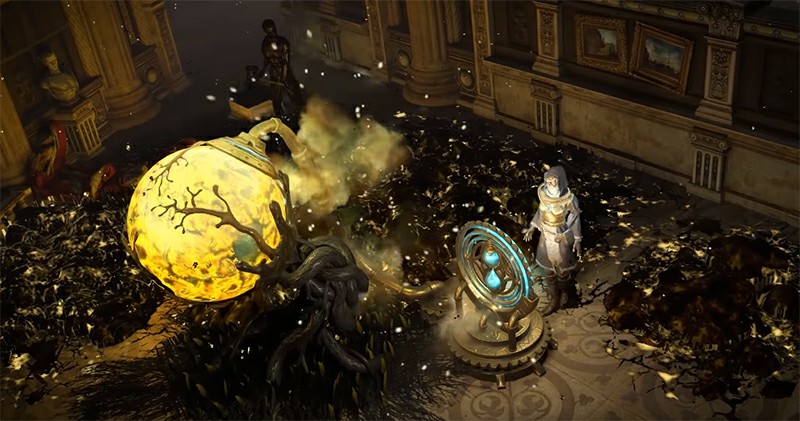 Like all previous leagues, Blight is a free update bringing new systems to wrestle with, loot to hoard, and a weird hybrid tower defense mode—if you're willing to start a fresh character, that is.

In the upcoming Path of Exile: Blight league, players will find a small tower defense mission in every zone. 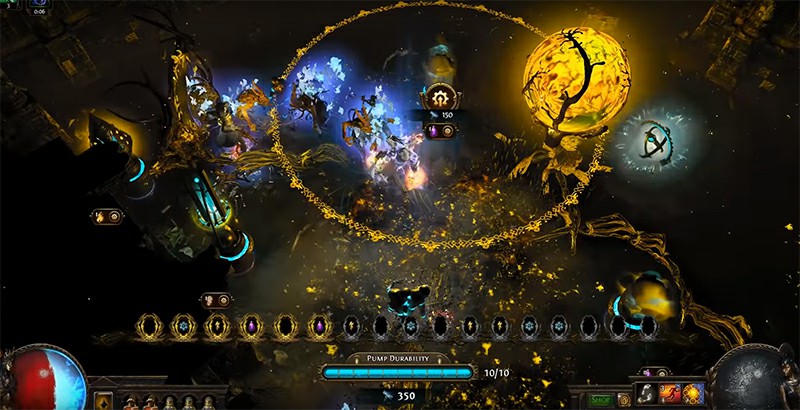 Blight combines the fast, frantic action of Path of Exile's combat with the strategic fun of tower defense games. To successfully defeat the Blight, you need to make decisions on the fly, stay aware of your surroundings, and plan for what may lay ahead. Successfully defending Cassia's pump rewards you with valuable weapons and armour, and special oils which Cassia can use to anoint your rings and amulets with powerful enchantments.

Alongside the tower defense gameplay of Blight comes a bumper-crop of new skills, items and balance changes.

Talking to Grinding Gear head Chris Wilson, he explained that this is still Path Of Exile first and tower defense second. You'll still run around like a mad thing, hacking up monsters as quickly as possible. But there's just too many fronts to handle yourself, so you get to place a variety of damage-dealing and ailment-inducing towers along the tendril-paths the monsters travel along. The goal is to stall and weaken them using towers so that you can dash in to finish them off. As Blight encounters get more complex, you'll have to deal with more tendrils at once.

As with every Path of Exile update, all of these additions, as well as everything in the core game, is 100% free to play. Path of Exile: Blight's release on Sept. 6 for PC is shaping up to be a brand new challenge for veteran and rookie players alike. You can head on over to Path of Exile's official website to check out the game.