Albion Online, the sandbox MMO from Sandbox Interactive, is celebrating its second anniversary this week with a week-long celebration with a Fame Boost, gift items, the official soundtrack release, and a retrospective of the past year.

In celebration of the second year anniversary, Sandbox Interactive have announced via press release an additional 25% Fame for all activities, and the Fame Boost runs until July 24! 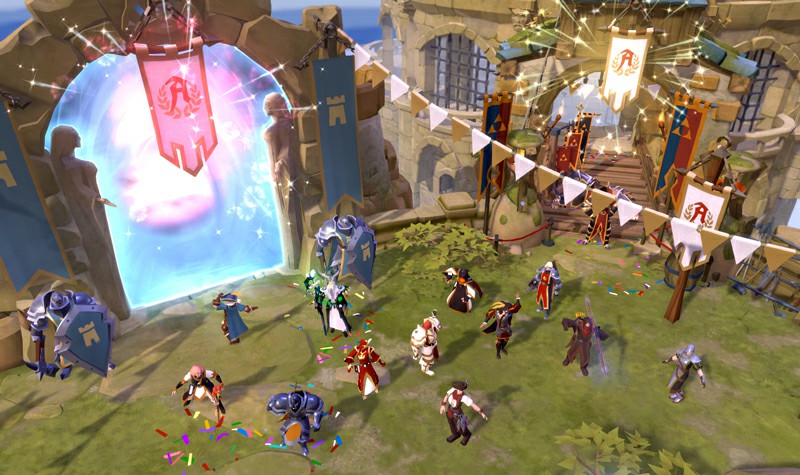 Here are all the details:

To take advantage of this powerful boost, just log in and play all week long!

Celebrate with Decorations and Limited-Time Gifts
To spread the celebratory mood, we've placed decorations in all cities, and sent out special gifts including the Anniversary Banner - a festive new furniture item - and three different colors of fireworks. Let's start Albion's third year with a bang!

Here's how to get your free gifts:

As part of Albion Online ongoing Second Anniversary Celebration, They released the Official Albion Online Soundtrack on all major digital platforms! Now you can listen to the game's 22 award-winning tracks whenever and wherever you want. The 22 powerful, evocative songs that make up Albion Online's soundtrack were composed by Jonne Valtonen and recorded by the FILMharmonic Orchestra in that city's stunning Rudolfinum in 2017.

They also launched Percival Patch 1, which updates exits for Solo Randomized Dungeons and reduces memory use for devices with limited RAM along with various bug fixes.
For more information on the Fame Boost and ingame anniversary celebrations, please click here to see all the links in one place.