Runescape has made some changes to its plan to reduce player ownership of farms. Runescape has received as much feedback as possible from players on BBS, Twitter and Reddit. On this basis, improvements are made. The following is the main content about Runescape Player Owned Farm - Nerf Update. 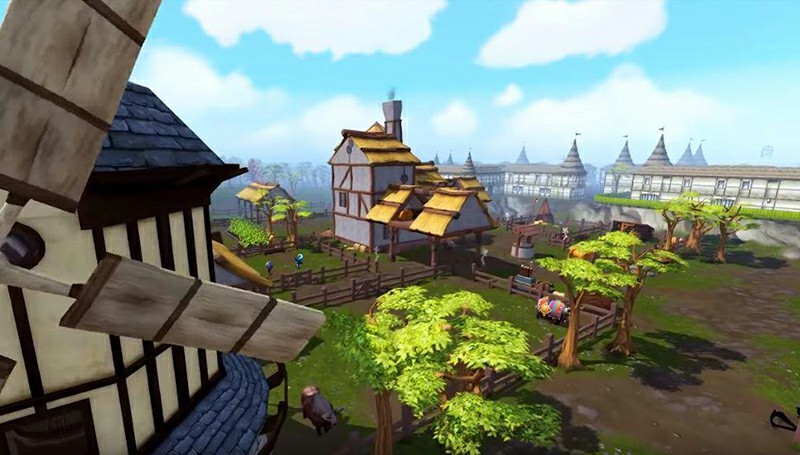 Complaint: There's too much XP for too little activity

The farm was always intended to be low intensity content, but it's clearly gone a bit too far. We've come up with a plan to reduce the amount of XP earned through the farm.

This was a tough one, but it was clear from your comments that reducing XP gain to 70% (the original plan) didn't cut it. As such, we have reduced the XP gain to 50% of the overall value. Looking at the numbers, this still gives the farm a really good rate of XP, but it's now at a more manageable level.

This is to encourage players to engage with their farm more actively. Now the happiness and health of the animals adjusts the XP to a percentage of their average, to a minimum of 10% of their maximum value. This means that you need to keep your animals fed and healthy if you want to maintain their best XP rates.

You can now use any XP boosting reward or device while harvesting. While this doesn't include double XP weekends, it means that those who are going for efficiency can see an increase in the base XP to somewhere near the pre-nerf values.

Complaint: There are too many animals in the game, reducing their value

Player Owned Farm was intended to be a possible money maker for efficient skillers, but with the introduction of some mechanics we unintentionally made it so that far too many animals were flooding the game, dropping their overall value. Here's how we're addressing it.

Step 1 – Reduce breeding outside of the pens

This means that you should still be seeing animals when you visit the farm, but that the most valuable animals will be in reduced supply. This gives the animals more inherent value, so they can be traded between players for more money, but does not make them too scarce for more casual players.

Currently the collector can hold 90 animals, which is excessive. The current format means that there's little reason to trade as players will just collect a ton of animals over the course of a few weeks.

So the plan is to reduce the collector's capacity to 10 of each breed, for a total of 30 possible animals.

Note: This won't remove any animals she is currently holding over that limit, merely prevent more animals from being stored.

The collector is still a great investment, but now we encourage people to sell more animals to get the best results (for both the buyer and the seller).

There's currently relatively little mechanical reason to keep your animals well fed. However with the proposed changes to how XP is harvested, feeding animals will now be more important than ever before.

However, due to the rates at which animals age and the rates and which they feed, for some animals it's relatively difficult to achieve high happiness and health before the optimum harvesting time. So we're making a change.

Step 1 – Increase the rate at which animals feed

To keep things simple, we've decided to make it so that each animal eats 1 food every hour. Put simply, this means that an animal's health and happiness will now improve at twice the rate, while still allowing players to leave their farms alone for a few days and check back in to top things up.

Additionally, we've increased the amount of food which can be added via left click. Now you can fill the entire trough in one go.

These changes will make it harder to complete the breeding log

We recognise that nerfs are never fun, even if they are necessary. One of the issues highlighted has been that the reduced breeding rate will make it harder to obtain shiny animals and complete the breeding log. So...

These traits have been doubled in effectiveness, meaning you are much more likely to get a shiny animal if you breed these traits. However, we recognise that breeding traits isn't an exact science so we've made an additional change.

All traits now have a much higher base chance of being passed on to their children. It’s not 100%, but you should see it being much easier to breed the traits you want into your animals, whether it be the shiny boosting traits or traits like jovial and immune.

To give even more value to shiny animals, they will now produce 25% more XP than their base animal (up from 10%). This means that if you aim to breed shiny animals, you should see a higher rate of XP as a reward for the effort you have put into the farm.