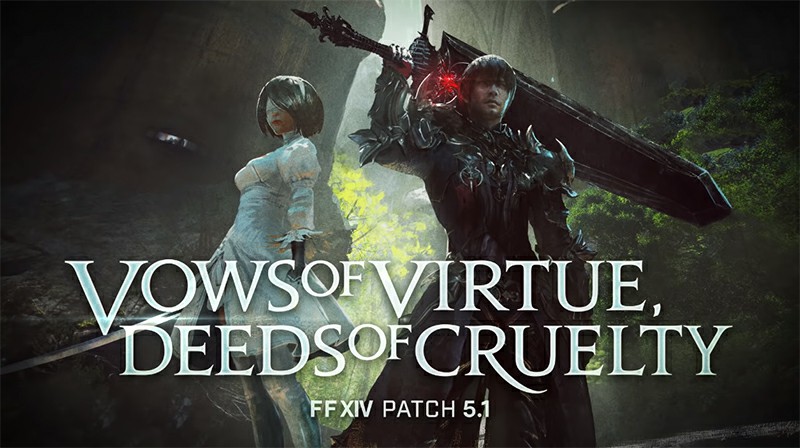 Final Fantasy XIV's 5.1 update titled "Vows of Virtue, Deeds of Cruelty" was officially announced today and with it comes a whole host of new content. The update is set to launch later this month on October 29 bringing along with new dungeons, opponents, overhauls to some of the game systems and the chance to revisit some old places.

The special site has been updated with the Patch 5.1 trailer, as well as a sneak peek at Pixie tribe quests, the next custom delivery client─Kai-Shirr, a new attraction at the Gold Saucer, and changes to crafters and gatherers.

Check out the official trailer for patch 5.1 below:

In Vows of Virtue, Deeds of Cruelty players will experience the following: