Dragon Ball Legends is a fantastic mobile game. The game itself, which already has an extensive Dragon Ball library, is expanding once again with the truck hat wearing, main villain of the seventh Dragon Ball Z movie, Super Android 13! Harkening back to this outside of canon feature length film, Legends is looking to add a bit more android appeal to the game with 13's inclusion. 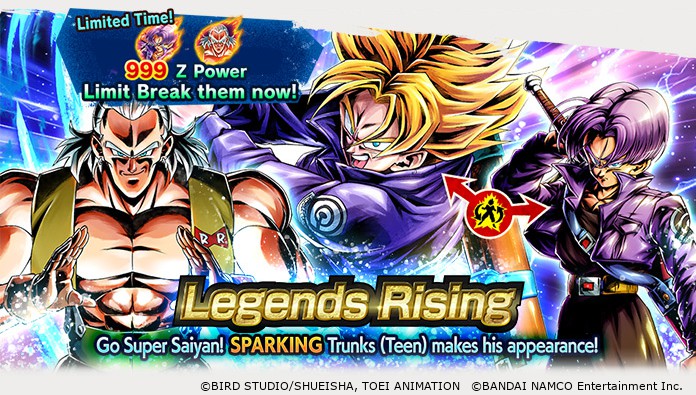 Dragon Ball Legends Official Twitter Account shared further details about the upcoming release that is sure to have fans of this Android wanting to add 13 to their overall roster in the game.

"Trunks (Teen) and Android #13 arrive in SPARKING rarity!
A Special Summon where New Characters can be summoned with Z Power x999 is also up until 7/29 15:00 JST!
Don't miss this chance to Limit Break the New Characters!"

As mentioned earlier, Android 13 made his first, and only appearance, in the seventh movie of Dragon Ball Z. Taking place around the Android Saga arc, the film saw Goku, Vegeta, Trunks, Gohan, and Piccolo squaring off against three new androids from the villainous Dr. Gero. While two of the androids are managed to be taken down by Vegeta and Trunks respectively, 13 manages to absorb their parts, transforming himself into Super Android 13, a much more powerful, red haired, blue skinned interpretation of himself.

Dragon Ball Legends, for those who don't know, is a mobile game that follows the story of Shallot, an ancient Saiyan who now finds himself displaced from time along with several favorite Dragon Ball characters, both heroes and villains alike. The game has released new characters at a steady clip and will surely continue to do so in the future.