Blade & Soul is getting in on the Halloween events with Blade & Ghoul event on October 16. The event, which runs from October 16 through November 13, gives players a chance to take out "nightmarish enemies for some devilishly good rewards."

Accept the Candycloud on the Horizon quest from your quest journal and then head over to Jadestone Village to enter the Candycloud Park instance through a portal. Give your all to defeat both Yippi and Skippi, and you'll earn some sweet rewards. 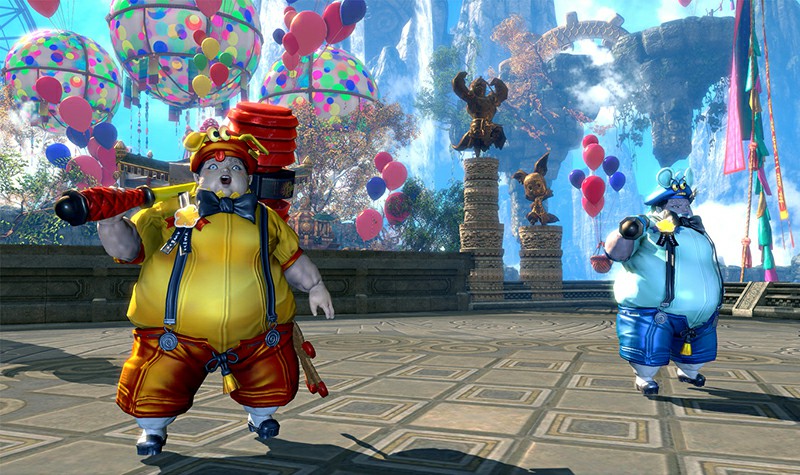 In addition, the patch released with the ghoul incident also includes some major craft additions. In terms of production, this patch reduces the number of different materials, thus simplifying the craftsman's production process, just as some new recipes allow the craftsman to try his own creations.

For those who are interested in PvP, the new Dragonfang weapon tier has been added to Blade & Soul. Players can work towards earning the materials needed to obtain these new tiers by completing PvP quests to obtain Dragonfang Orbs, which will replace the Vengeance Orb.

PvP will be on full display this weekend as the Blade & Soul World Championships are taking place in Seoul, Korea. The first match of the 2019 Blade & Soul World Championship kicks off Sunday, October 20 in Seoul, Korea. Eighteen teams from around the world--two teams each from Korea, China, Taiwan, Thailand, Japan, Russia, Vietnam, North America, and Europe will begin their quest for championship gold in the semifinal knockout stages.
You can check out the stream schedule on the official Blade & Soul page for all the details.