MapleStory M, the mobile MMORPG from Nexon, has released a major update for mobile MapleStory M that kicks off with the introduction of two new explorer classes, the Buccaneer and Marksman. By defeating Empress Cygnus players can earn the Dream Stone which enables crafting of special equipment.The update also includes the new Expedition Boss, Corrupted Empress Cygnus, plus updates to Link Skills and Secondary Weapons. 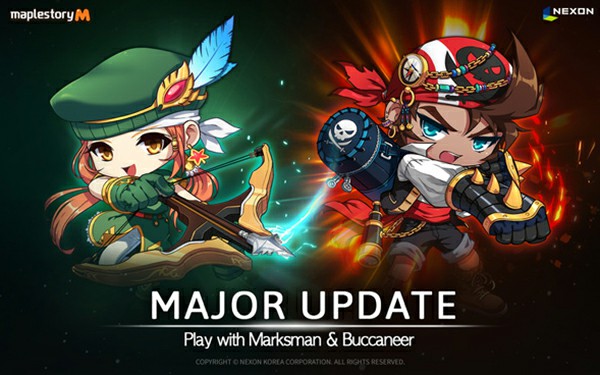 The Marksman Explorer is lethal with its crossbow giving higher critical damage from close range, whereas it gives higher final damage with farther range.

But the Bucanneer is a close combat specialist who uses charged up attacks while the Marksman uses their crossbow to deal critical damage from range. The Buccaneer Explorer allows players to engage in thrilling close combat with overpowering charged attacks.

From now through June 19th, new Explorers between 3-75 will receive three levels each time they level up and on reaching a variety of benchmark levels, will also receive the Growth Support Box.