Brief Background Introduction of For Honor

For Honor is an action game produced and distributed by Ubisoft. It was released on February 14, 2017. The game is available on the PC/PS4/Xbox One platform. The following are the backgrounds of For Honor.

1. History is not friendly to warriors. They came from a distant continent that crossed the ocean and brought a story about the emperor and a home that was swallowed up by the sea and the fire. Nearly a thousand years later, the nomads stopped their wandering life and established their homes near the lost land of the Vikings and the land that the Cavaliers competed for. Over the past decade they have adapted to the marsh hilly environment of Meyer, and they have flourished but still cannot compete with many neighbors. They must rely on deeper martial arts, tricks and loyalty to their own culture to survive. After all, they may be the last generation of the tribe.

2. The knights of Ashfield are the arrogant models of advocating power, and the "Steel Legion" sent them to the battlefield to soothe the turbulent land. After they tasted the taste of freedom, they used Ashfield as their home. They are convinced that most of the ancient ruins that are found throughout the territory are built by the great empire of the Iron Legion. In the centuries of the organization's disintegration, the Knights of Ashfield were only small warlords and rude wandering knights. In the past ten years, they have been assembled under the same banner, which is the Blackrock Legion led by Apollon. So far, the Cavaliers have successfully resisted the fierce attacks on the Ashfield by the Vikings and the warriors. And Apollin pointed out that the threat of war is imminent, and told the Cavaliers that only joining her army is the only guarantee to keep their home.

3. The Vikings disappeared for centuries and they fled from the collapsed home to the unknown coast. The rest of the people were conquered by the knights and integrated into their culture. A large number of Vikings reappeared centuries ago. From the distant land to the new home they built. There are many reasons for their return, but the most important thing is to recover their homeland in the north: Vackenheim. Today, hundreds of Viking tribes coexist relatively peacefully on frozen tundra. However, in the eyes of outsiders, they seem to have been in a state of permanent civil war. 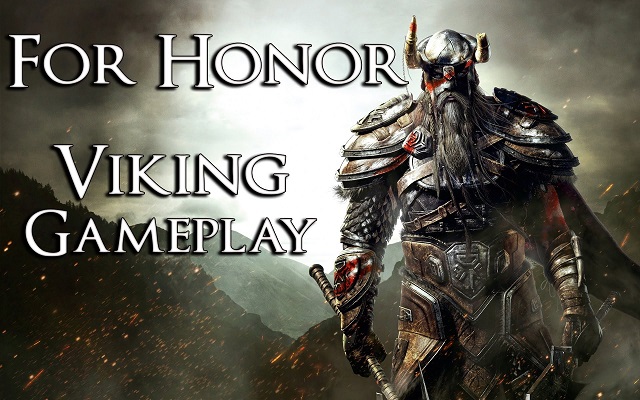 Are you interested in three different background game mode of For Honor? If your answer is yes, come and join us. And if you want to play well in the game, you’d better equip yourself with For Honor Steel Credits. Ingamemall.com sells cheap FH Credits with the best price, do not miss the chance!