If you'd like to play World of Warcraft with your friends without having to worry about whether your characters' levels are too far apart, the new Party Sync feature is for you! 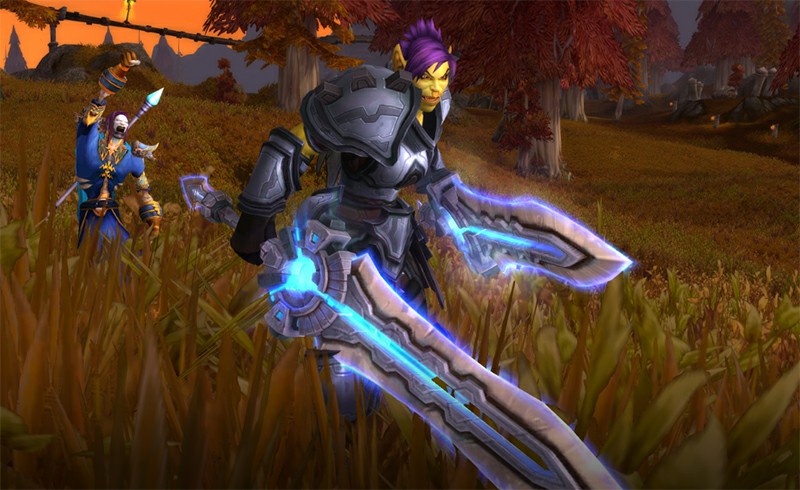 When players activate Party Sync, everyone in the party becomes aligned to the same quest state and phase. You can also temporarily adjust your party so that higher level players will be able to quest and experience outdoor content with lower level players. You'll also have access to a "replay quest" feature that allows players who have already completed certain quests to replay them with friends who haven't for rewards that are appropriate to their current actual level, regardless of the original level of the quest. Quests can be replayed for rewards once a day.

While most quests can be replayed, there are some exceptions. Repeatable quests, such as dailies and World Quests, can't be replayed. We've also excluded some quests with story implications from being replayed. These are determined on a case-by-case basis, and may include quests like the Demon Hunter starting zone quests, or quests where you might choose to betray the Warchief (how could you!).

While questing in Party Sync, you may see quests you've already done before—those are Replay Quests! Accept them as normal and quest together, but remember that Replay Quests are temporary and go away when the Party Sync ends.

Sync To Their Level

With Party Sync, you can choose to have your level temporarily adjusted, making it so higher-level players can quest and experience outdoor content with lower-level friends as they level up.

Instructions to set up Party Sync are below.

Invite and accept players into a party.
Open your Map & Quest Log (hotkey: M).
Click Start Party Sync in the lower-right hand corner.
Have all partied players click Accept on the Party Sync confirmation dialogue box.
Once all players have accepted, quest status will be synced and levels will become adjusted so you can play together!

To help you help your friends, we've created a brand-new RAF panel in-game to help you know when to expect your next reward and given your access to Party Sync.

Go Forth With Friends

Party Sync will become available when the upcoming 8.2.5 content update goes live in the next few weeks.